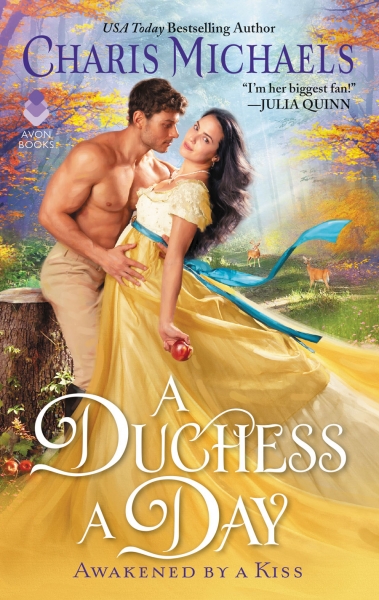 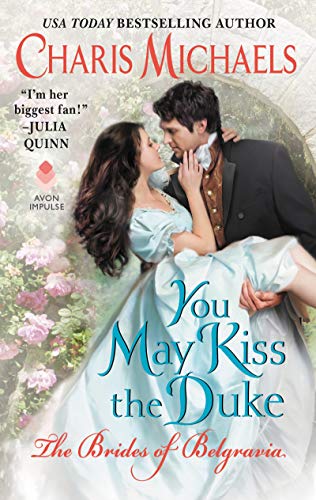 A Duchess A Day Out Now!

I’m thrilled to celebrate release day for my seventh novel, A Duchess A Day, out now in paperback, digital, and audiobook from HarperCollins-Avon.

This book, which is part bodyguard, part runaway bride, is the first in my new Awakened by a Kiss series. Inspired by the world of fairy tales, “A Duchess A Day” gives a Regency-England happy ending to the Huntsman from Snow White. Subsequent books in this series will follow up on Tinkerbell from Peter Pan and one of the stepsisters from Cinderella.

After six previous books available only through eRetailers, A Duchess A Day is my first mass-market release, which means distribution in brick-and-mortar stores as well as an audio version. What a thrill after more than 15 years of writing to finally see Charis Michaels paperbacks in stores and to hear my work read by talented narrator Morag Sims.

This “second debut” could not have happened with a sweeter, more fun book. I’m hoping readers, new and old, will join Lady Helena and mercenary Declan Shaw on their journey to love. Take advantage of the many ways to order, download, or listen today!

A Duchess A Day is Seeing Stars in Kirkus Reviews

I was thrilled to receive a starred review for A Duchess A Day in Kirkus Reviews!

It goes on to say, “The lead characters propel the story….The way they work together and revel in each other’s company is so joyful.”

My favorite line is, “This entertaining romance leans into its fairy-tale roots with just the right amount of over-the-top whimsy.”

A Duchess A Day pairs runaway bride Helena Lark with bodyguard Declan Shaw. The hardened mercenary is hired to contain Lady Helena’s repeated attempts at escape but she ropes him into helping her instead. It’s Book 1 in my new Awakened by a Kiss trilogy, which tells the stories of sideline characters from fairy tales. A Duchess a Day is inspired by Snow White and gives the happily-ever-after treatment to The Huntsman. The book drops November 10th in print and digital, and you can read an excerpt and preorder your copy right here! 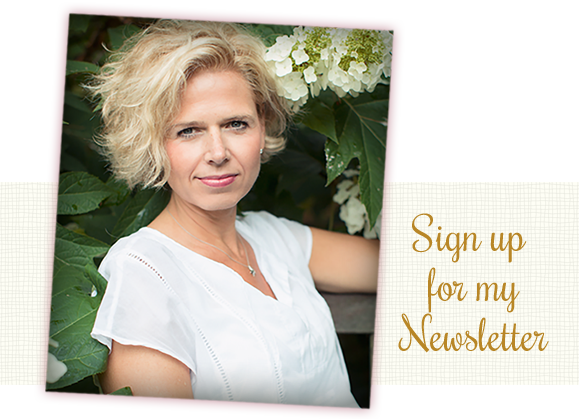