FAQ Category: Questions About the Books

It’s clichéd, but I  love so many of the Bachelor Lords cast. If I had to select one, I’d say Lady Frances Stroud, the Marchioness Frinfrock, the eighty-year-old busybody who presides over Henrietta Place with her nosey intrusions, painfully honest remarks, and when you least expect it, her compassion. She was a hoot to bring to life.

Of course! Just a matter of laying hands on the correct paperwork….

Longer answer: In his own selfish, addled mind, the duke thought if he could prove paternity of Stoker and if Stoker wound up dead, he—the long, lost papa—would receive some or all of Stoker’s fortune. 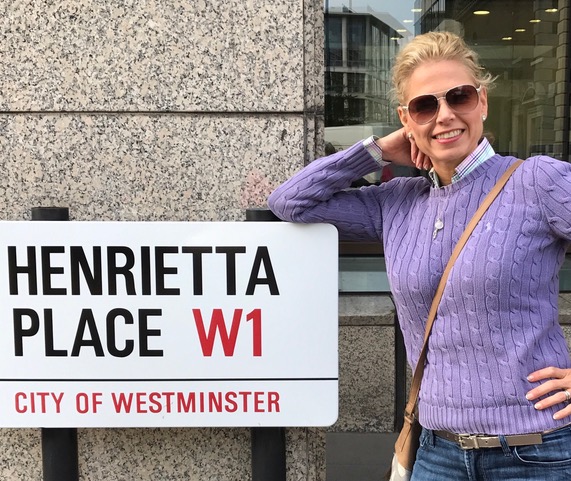 Why yes it is! It chose it, as I do all my locations by scouring 19th-Century maps for a Mayfair-approximate street with a street name I could live with over three-plus books.

It’s now a backstreet behind a department store (think dumpsters and loading bays) and offices. But I have visited it on my travels through London.

The Virgin and the Viscount is my favorite book so far. One reason may be that it has no mustachio-twirling villain or villainess providing the external conflict. My other books tend to have avaricious relatives tightening the screws, but all the stress here comes from the hero’s preconceived notions about honor and his great fear of indulgence. It’s more realistic, with less melodrama, although I will probably always reach for a mustachio twirler given half the chance.

The reasoning behind the characters of Joseph from The Earl Next Door and Jon Stoker from The Virgin and the Viscount is simply that I love a rough, street-smart teenaged boy hanging around, being funny and useful. Honestly, I have to fight my muse not to create a teenaged sidekick for the hero of every book. Lorraine Heath was the first to ask me if Joseph would have his own book. Like any lifelong reader of romance, I was already thinking along those lines.

It was great fun to skip ahead fifteen years, grow up both Joseph and Stoker, and allow them to be the heroes of their own stories and live happily ever after. Joseph Chance’s starring role as hero of All Dressed in White came so easy to me as a writer, I will probably never have a character so cooperative and dear. (And he is also my only beta hero!) And don’t get me started on how fun it was to write a heroine to match Jon Stoker in You May Kiss the Duke.

The character of Lady Frinfrock is named after family friends, altered by one letter. The wife of this family later told me how she relished the idea of appearing in a romance novel as a beautiful, cover-mode-style heroine…only to discover that the character bearing her name was the elderly neighborhood busybody.

Lady Frinfrock was originally conceived to give acceptance to Piety from “the establishment.” She does this, I suppose, but Lady Frinfrock really took on a life of her own as I was writing the scene where she challenges Piety about her African maid. I was all set to have Lady Frinfrock be insensitive about the maid, but as the dialogue appeared on the page, the grand dame would not cooperate. Lady Frinfrock wasn’t insensitive, she was compassionate and interested and progressive. When she sought the maid’s authentic friendship rather than being afraid of her, Lady F. became far more interesting and the character really came alive. She is easily my favorite character ever to write (tied possibly with Piety herself).

Readers seem to love her as much as I do, and one reader even Tweeted about her. I have since tried to create a unifying character in other trilogies—someone comic and colorful who appears across all three books in a series—but I’m not sure we’ll ever meet a character as effective and entertaining as Lady F.

The first idea for The Earl Next Door came from my curiosity with hidden passageways that might connect townhomes in Mayfair. I thought of Piety’s and Trevor’s shared wall before I was able to dig up research that passages like this did exist in 19th-century London.

From the idea of a passageway, the meet-cute scene was born, with Falcondale playing chess downstairs and Piety letting herself in to his upstairs music room.

After this, I knew I wanted to invoke the ideas of a fake courtship (one of my favorite tropes) and a culminating scene in which the heroine is injured and the hero has to search his heart about the potential losing of her. Finally, I wanted some kind of home renovation/HGTV backdrop. I threw all of this into the pot, put it on sizzle, and began to stir.

The character about whom I receive the most reader mail, and who will (I promise!) receive her own book or novella eventually, is Jocelyn Breedlowe from The Earl Next Door and the other two Bachelor Lords of London books.

Miss Breedlowe is unlike most of the female protagonists that I write because she is calm, quiet, reserved, and sometimes uncertain. She is a watchful and cautious and prefers to remain in the background. She is not rich. She is not colorful and spirited. Her journey to self advocation is just that—a journey. I think her reservations and cautiousness resonate with many women and perhaps that is why we want her book so much. Well, that and no one likes a dangling heroine with no HEA! (Especially not me!)

It has always been my plan to give Jocelyn the nice-girls-finish-first HEA for the ages, one that blows us all away.

Because they need the love of a good woman, dontcha know?!

I do love an asshole hero—what can I say, I cut my teeth on the likes of Han Solo, Captain Von Trapp, Jack Colton from Romancing the Stone and the OG asshole hero, Mr. Darcy. I think the lure of these guys is, the bigger they are (read: the jerkier), the harder they fall. And what a conquest. When they capitulate into what I like to call “acting right,” they are entirely devoted to the heroine who saved them and in love for life.

I should add here that I could never (and no woman should ever) tolerate jerk male behavior in real life. Jerks in real life tend to remain jerks, they never capitulate, and are in love only with themselves. But it’s fantasy of the thing….

Joseph Chance from All Dressed in White is my one, non-jerk hero—a total sweetheart except for one, tiny argument scene (that I had to fight my editor to keep—but oh what a great scene!).

My current editor helps me keep a handle on the jerkiness of my heroes (aka, we compromise).